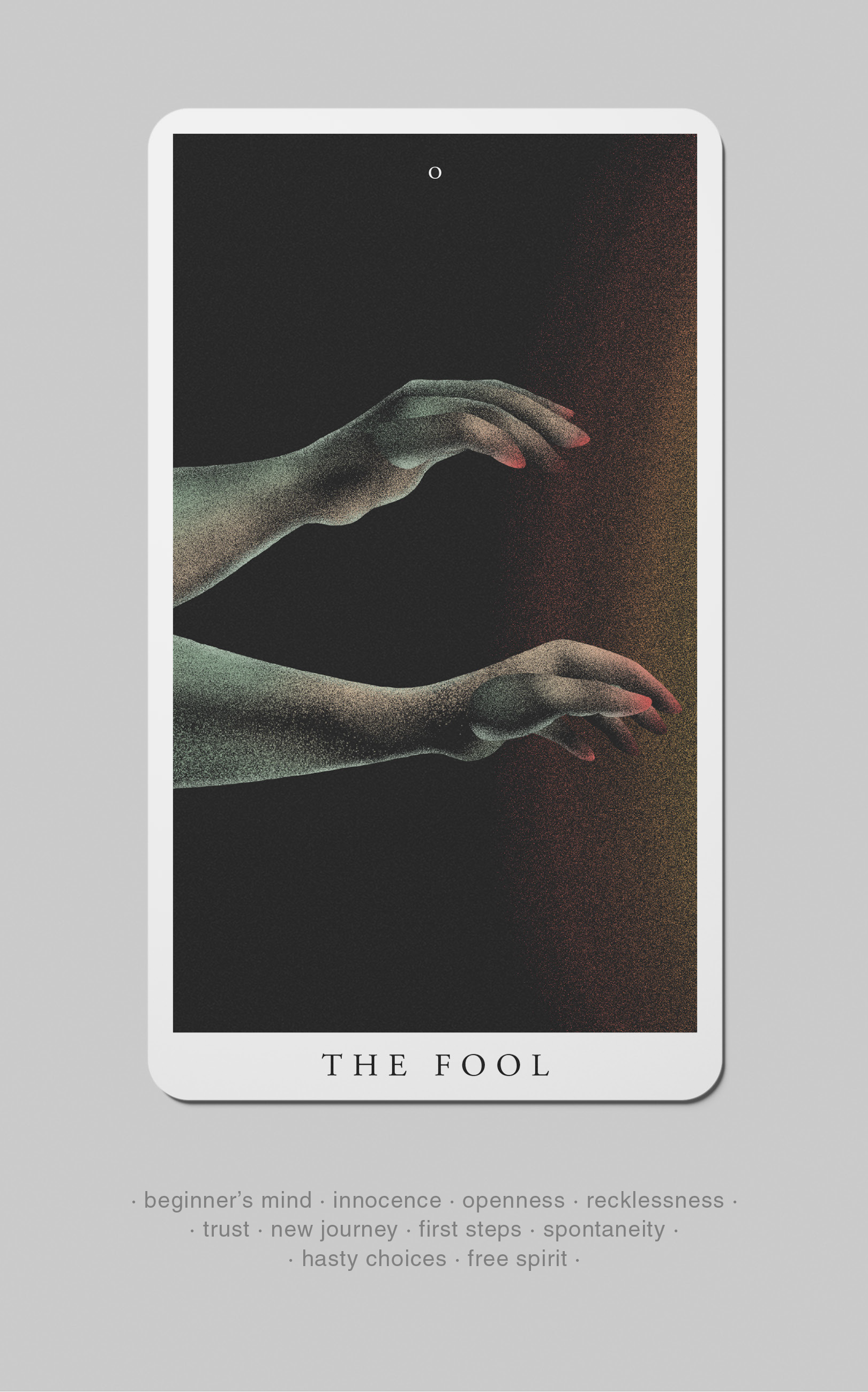 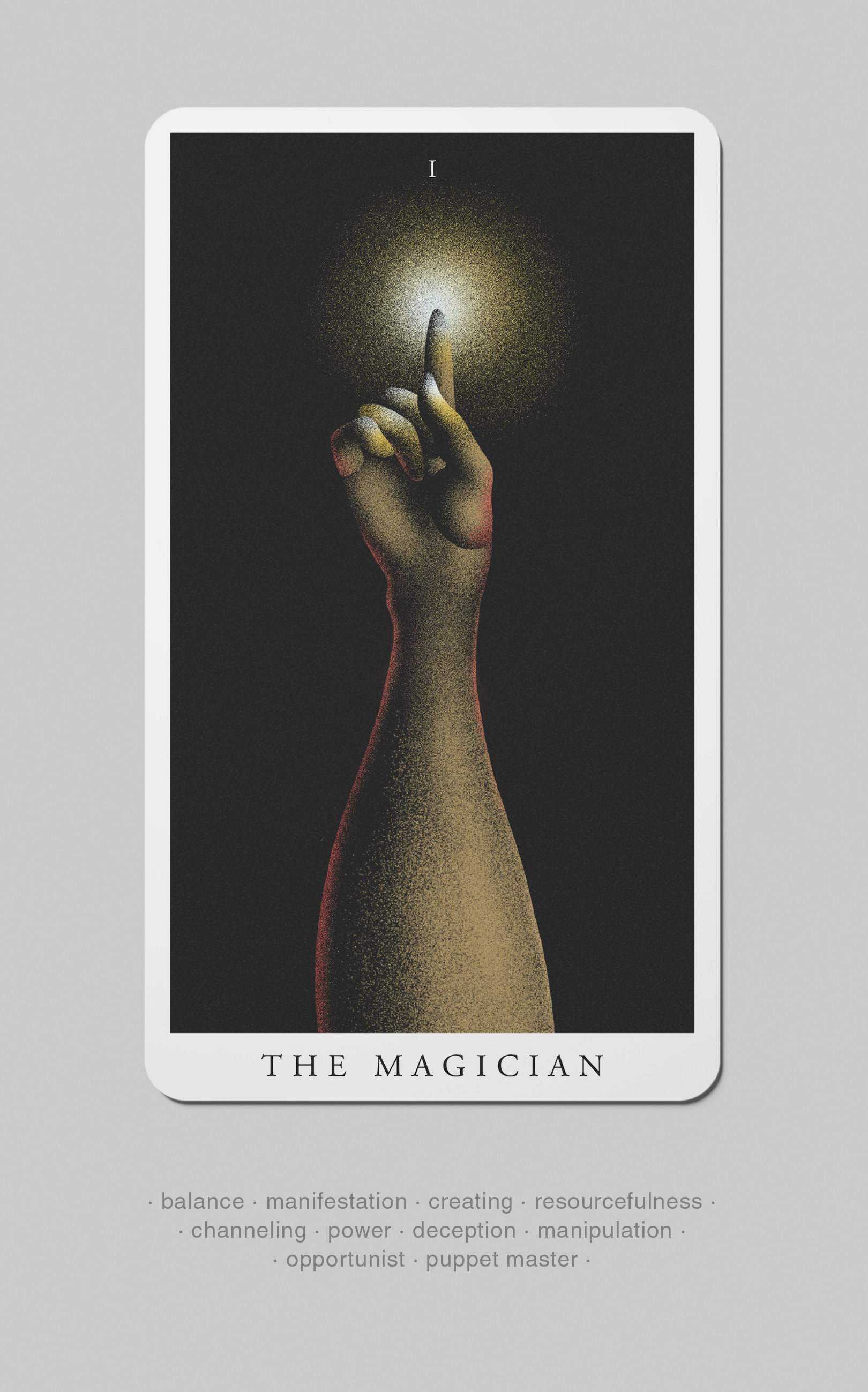 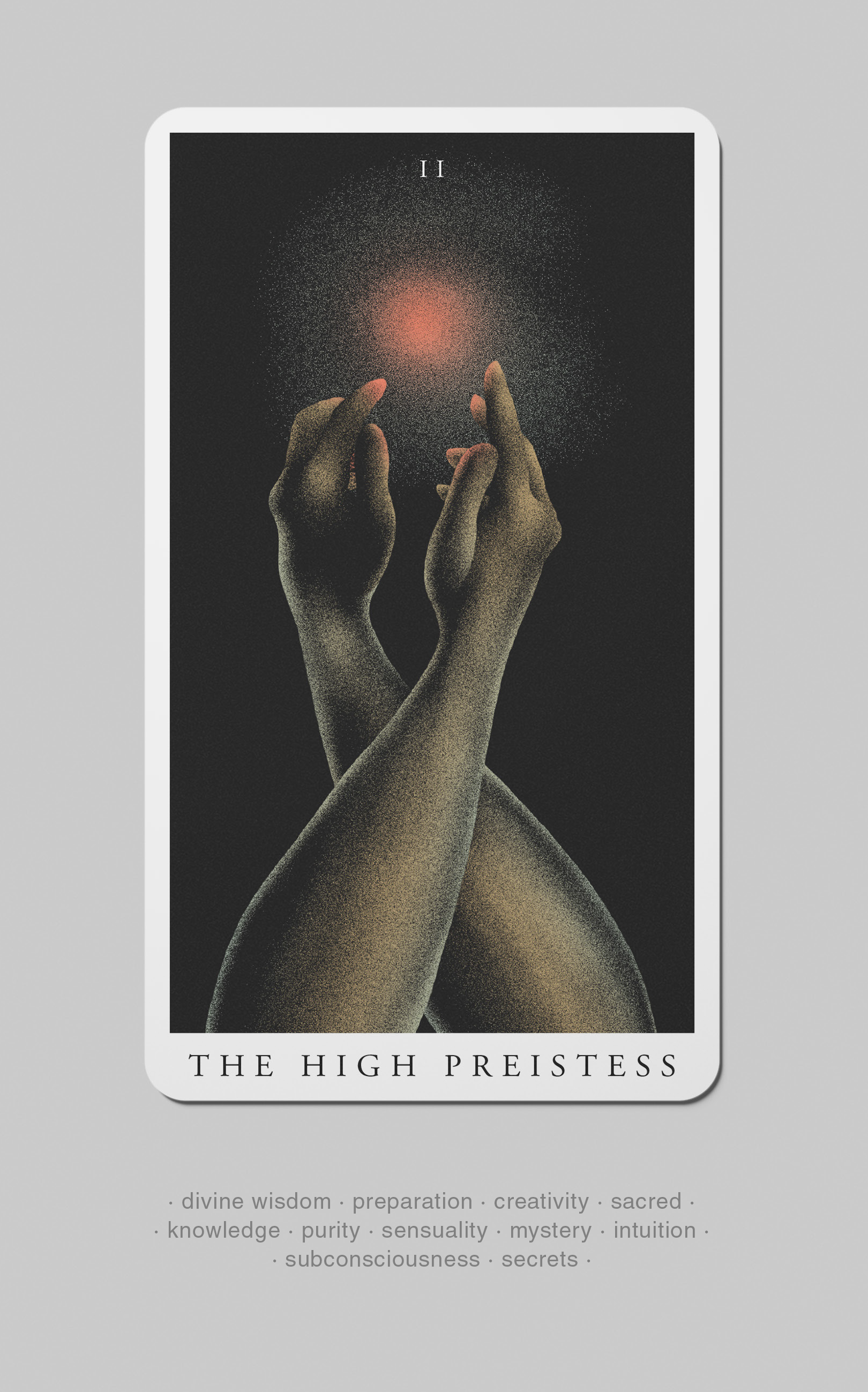 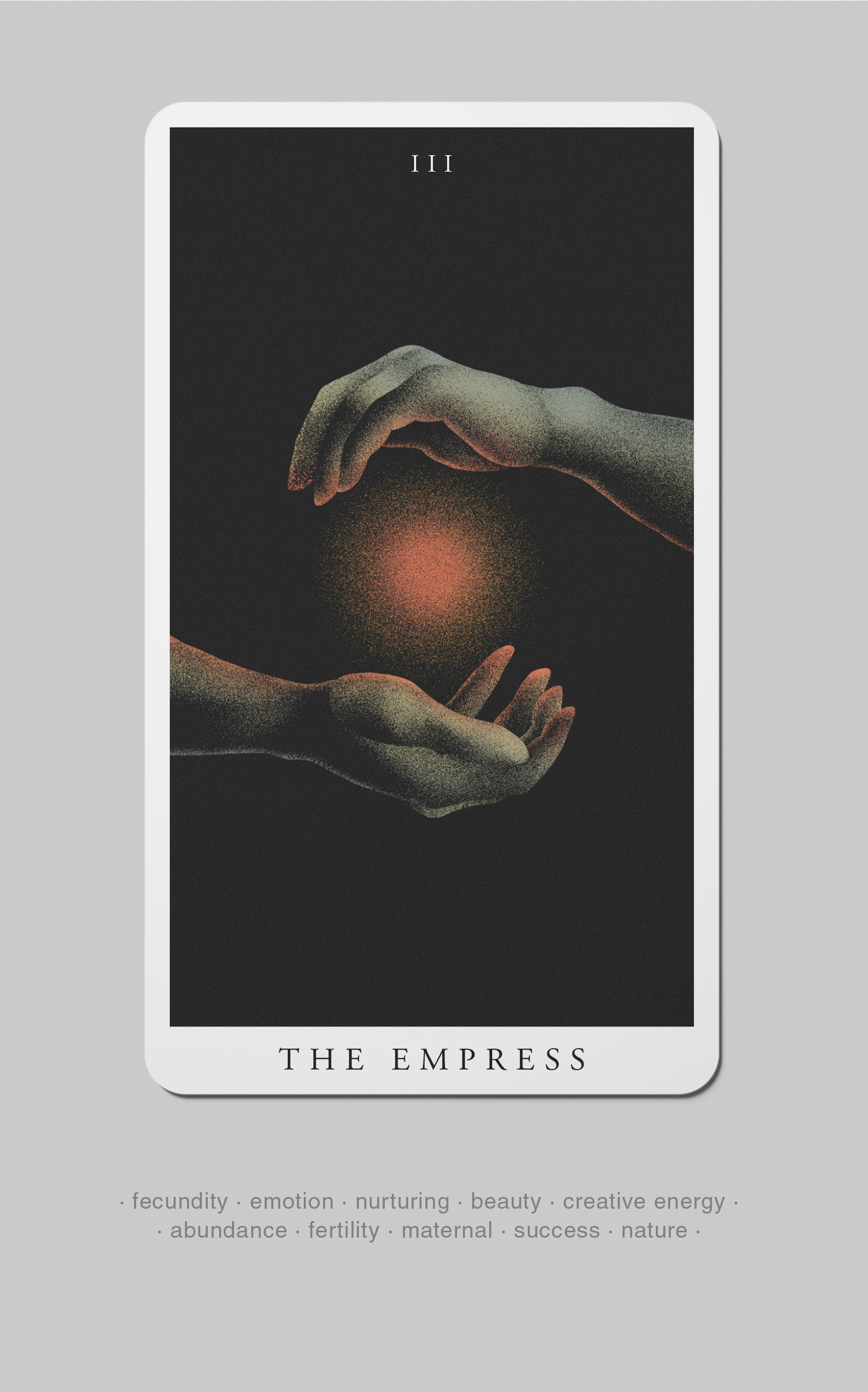 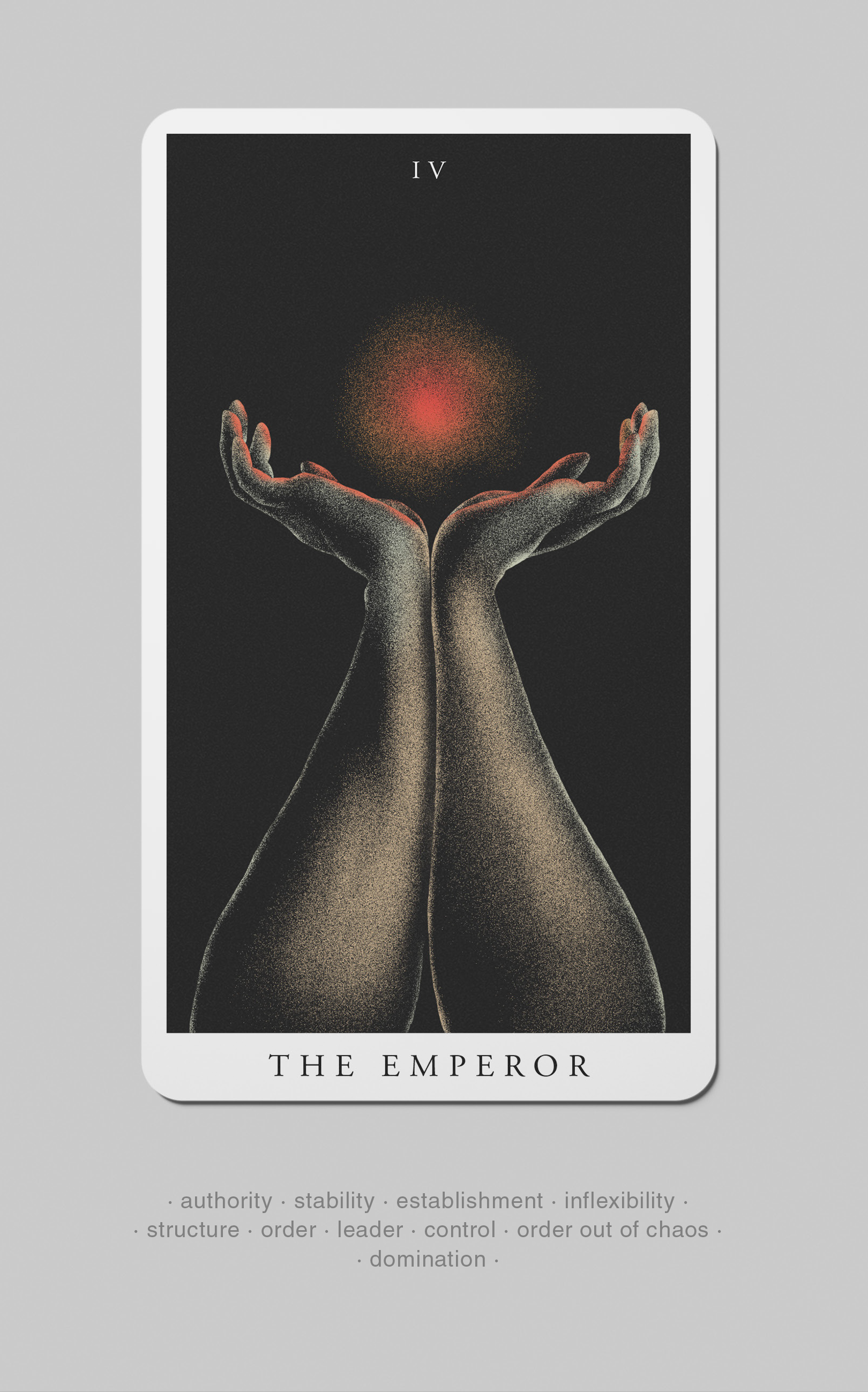 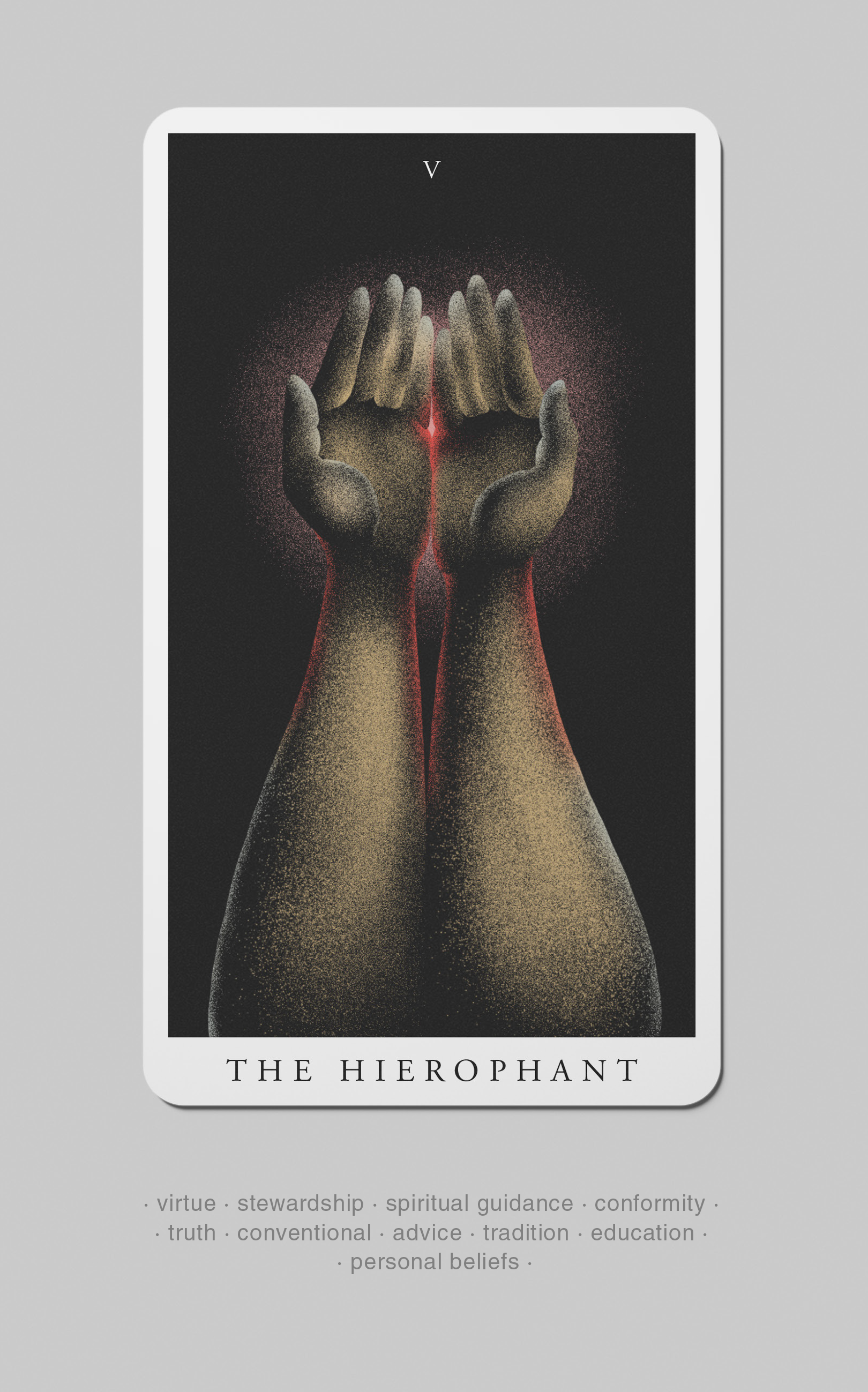 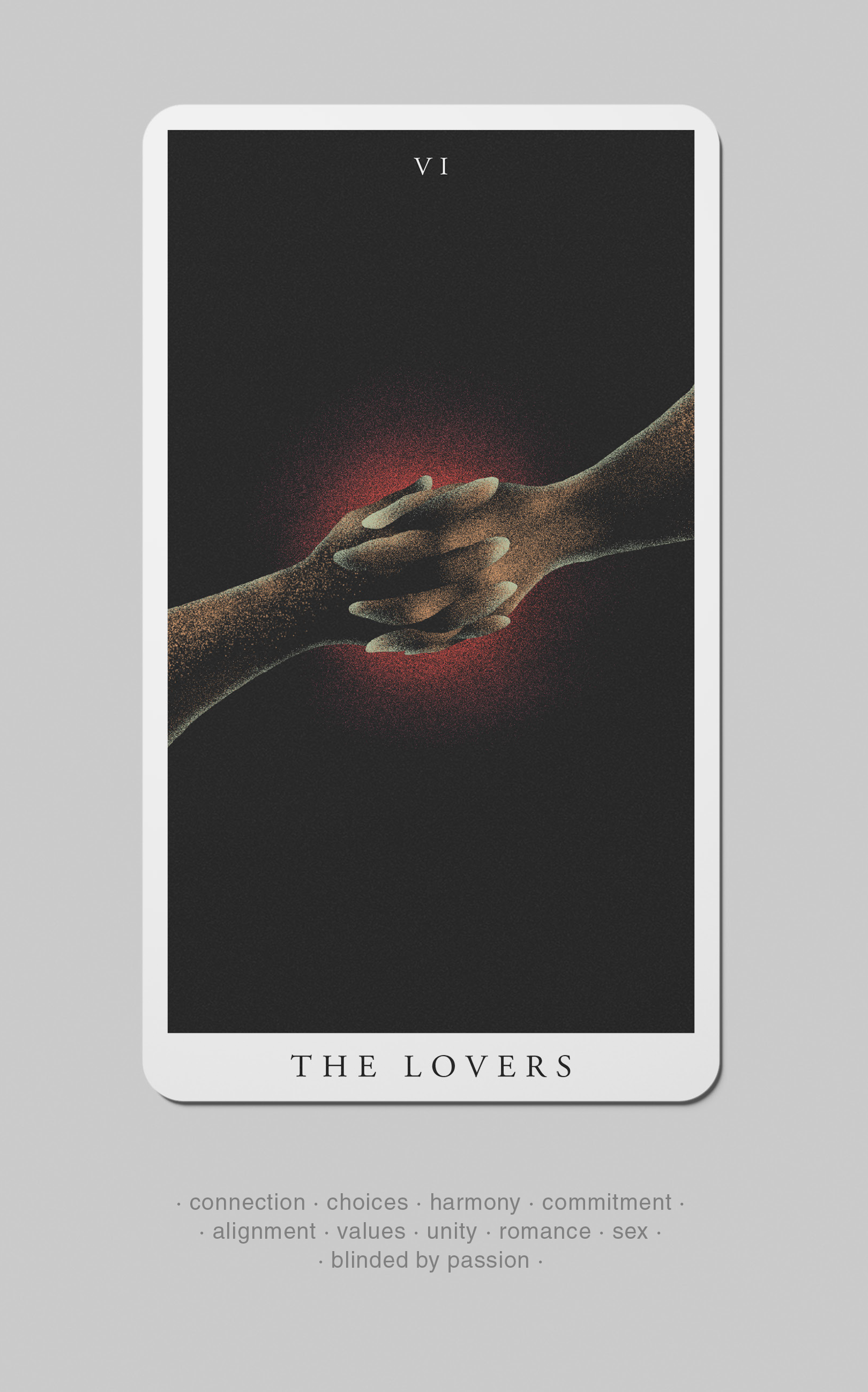 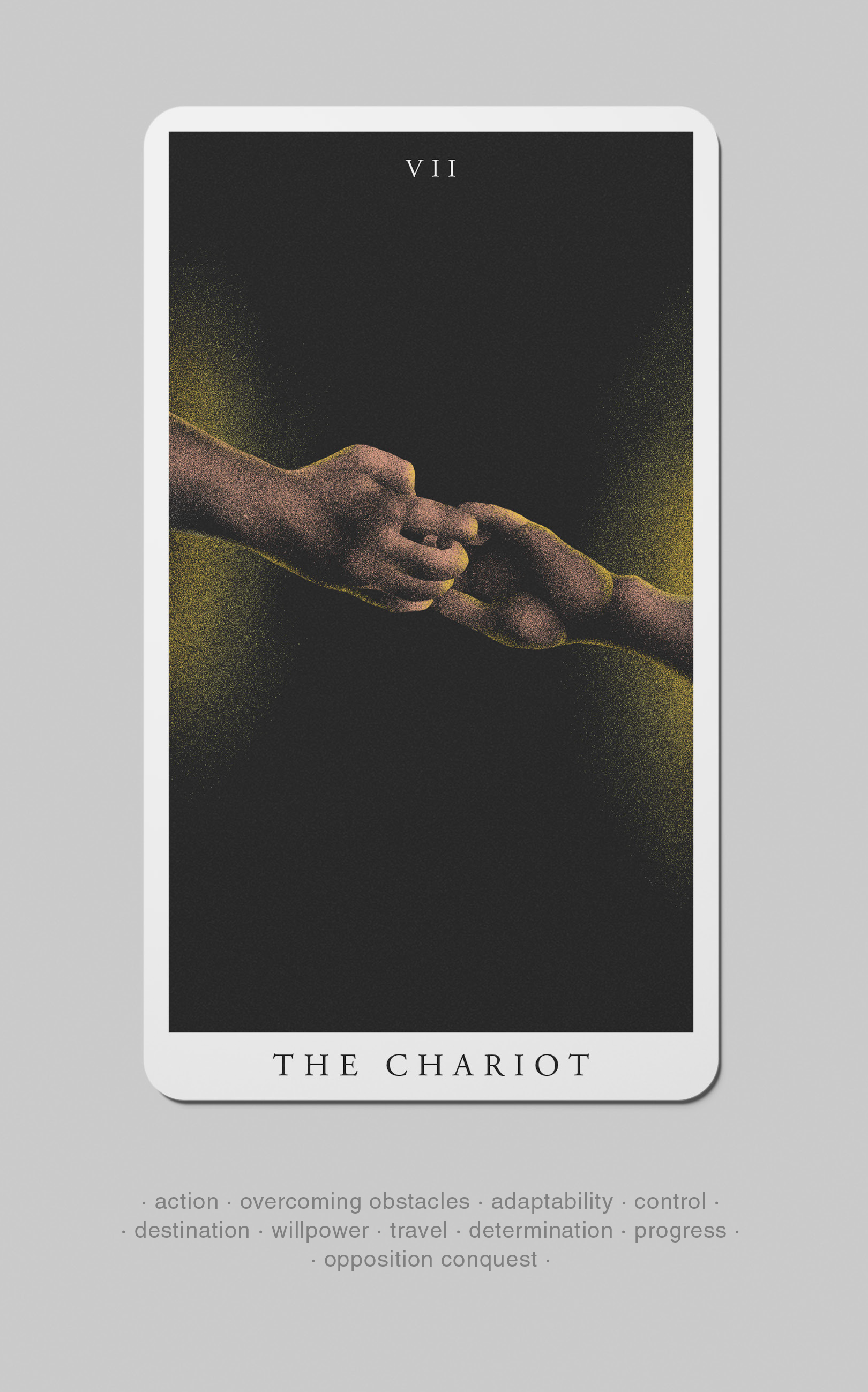 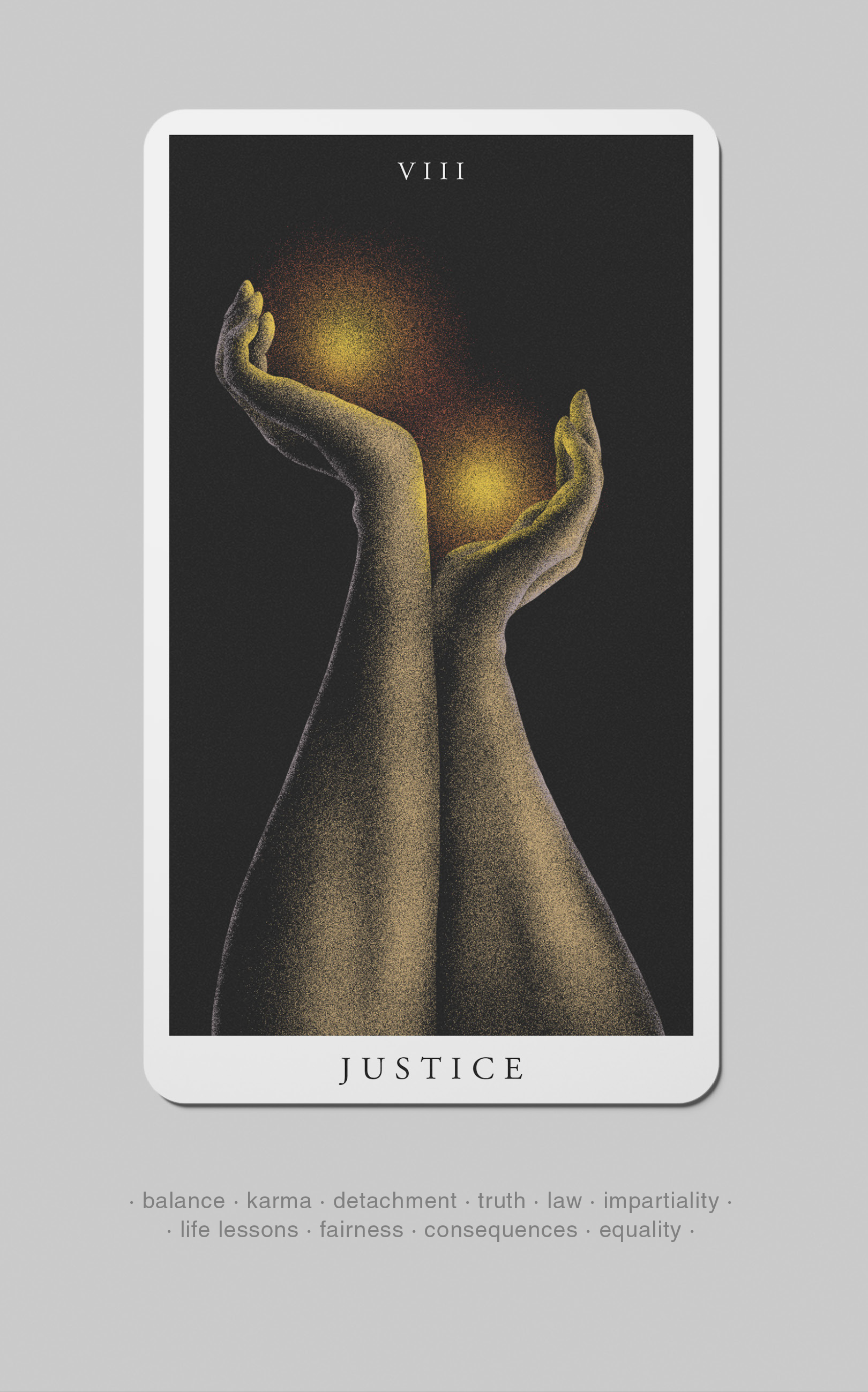 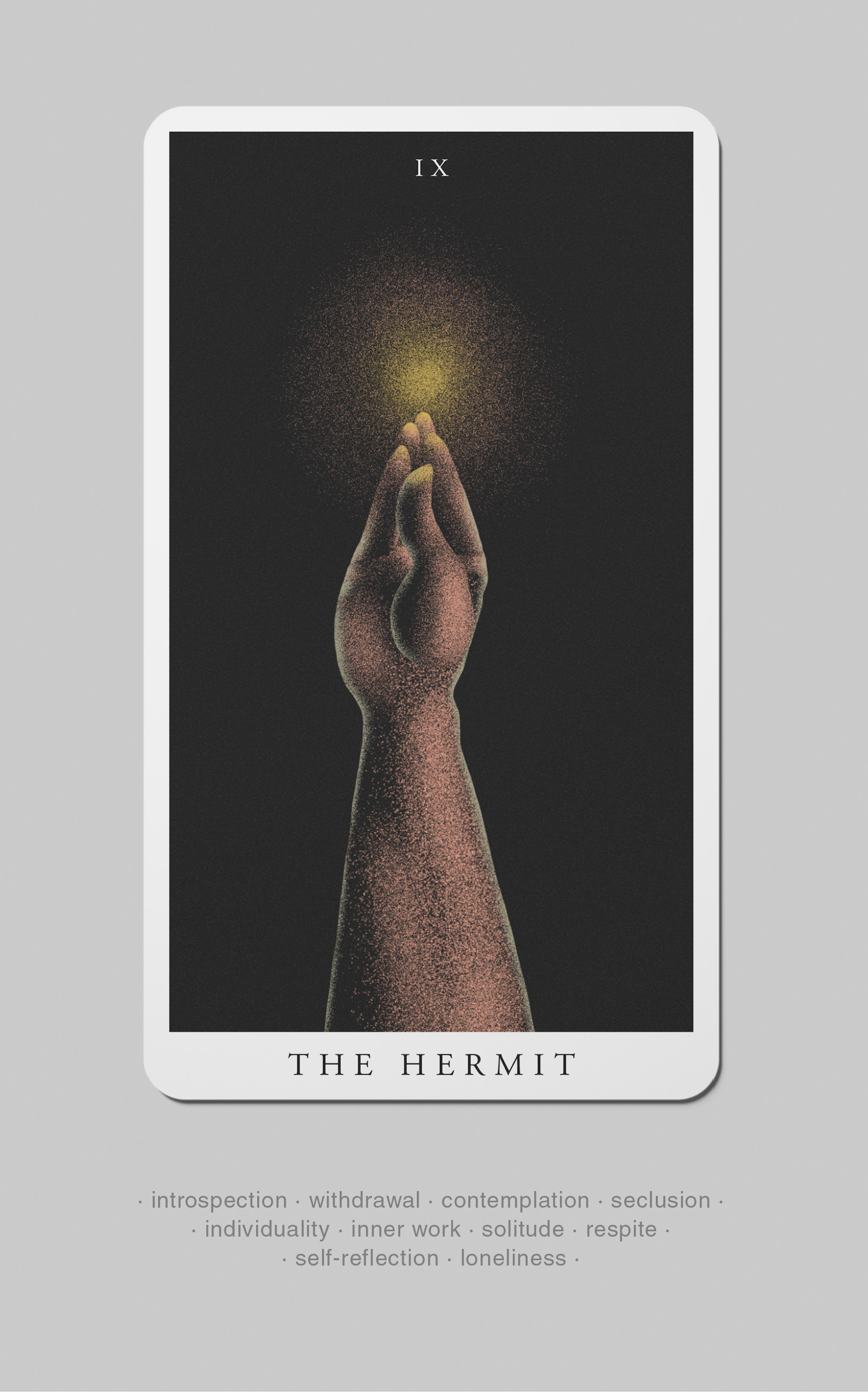 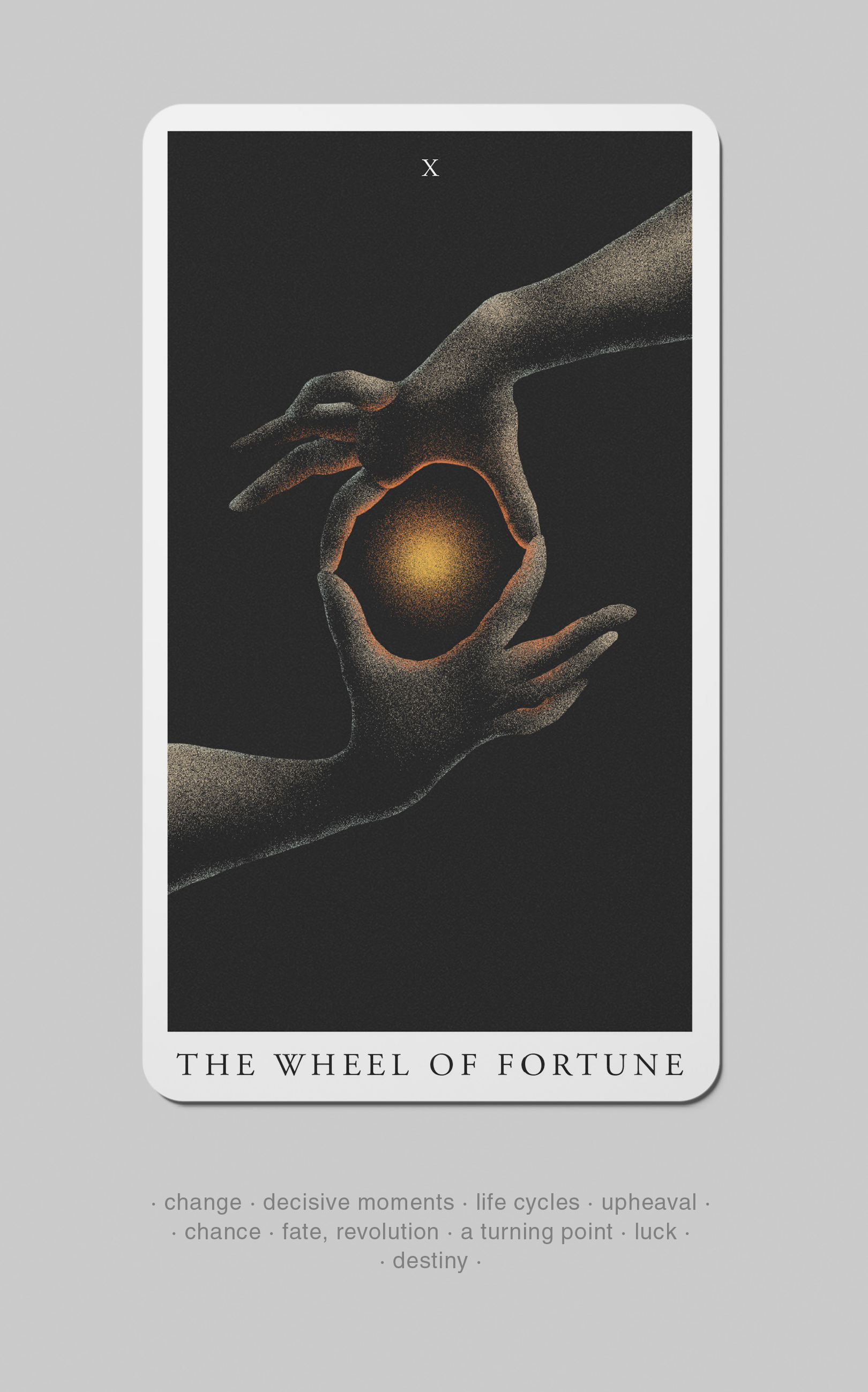 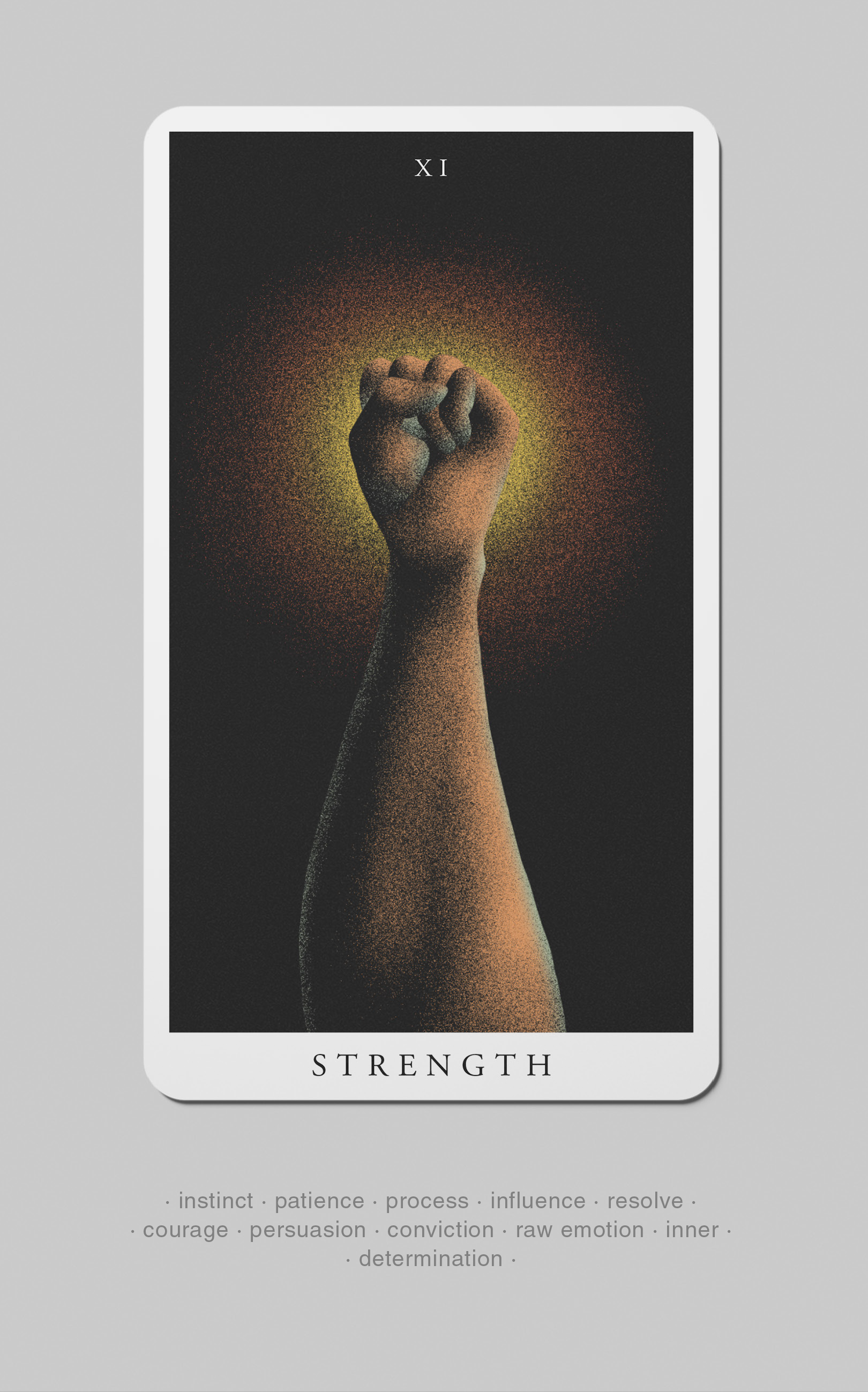 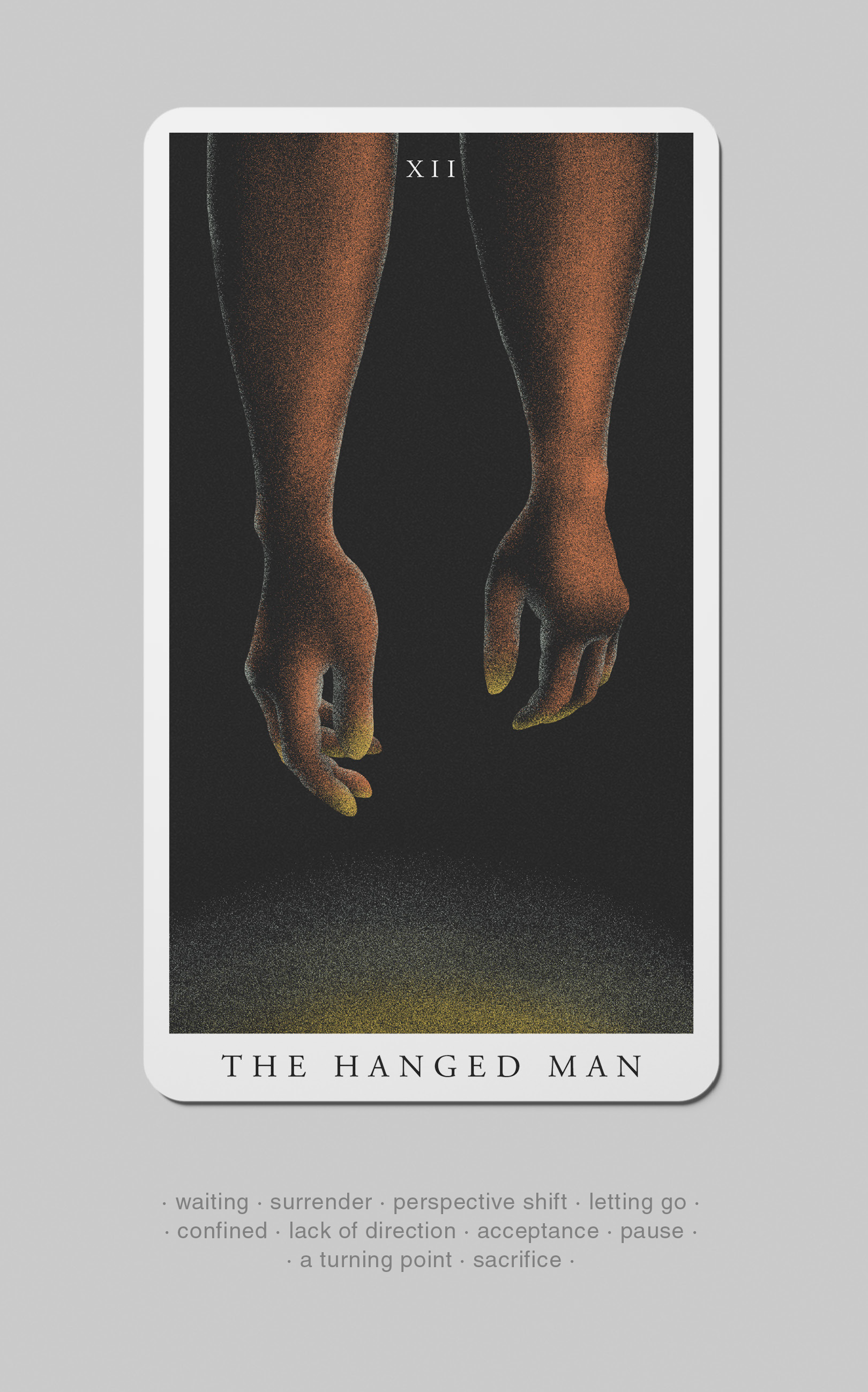 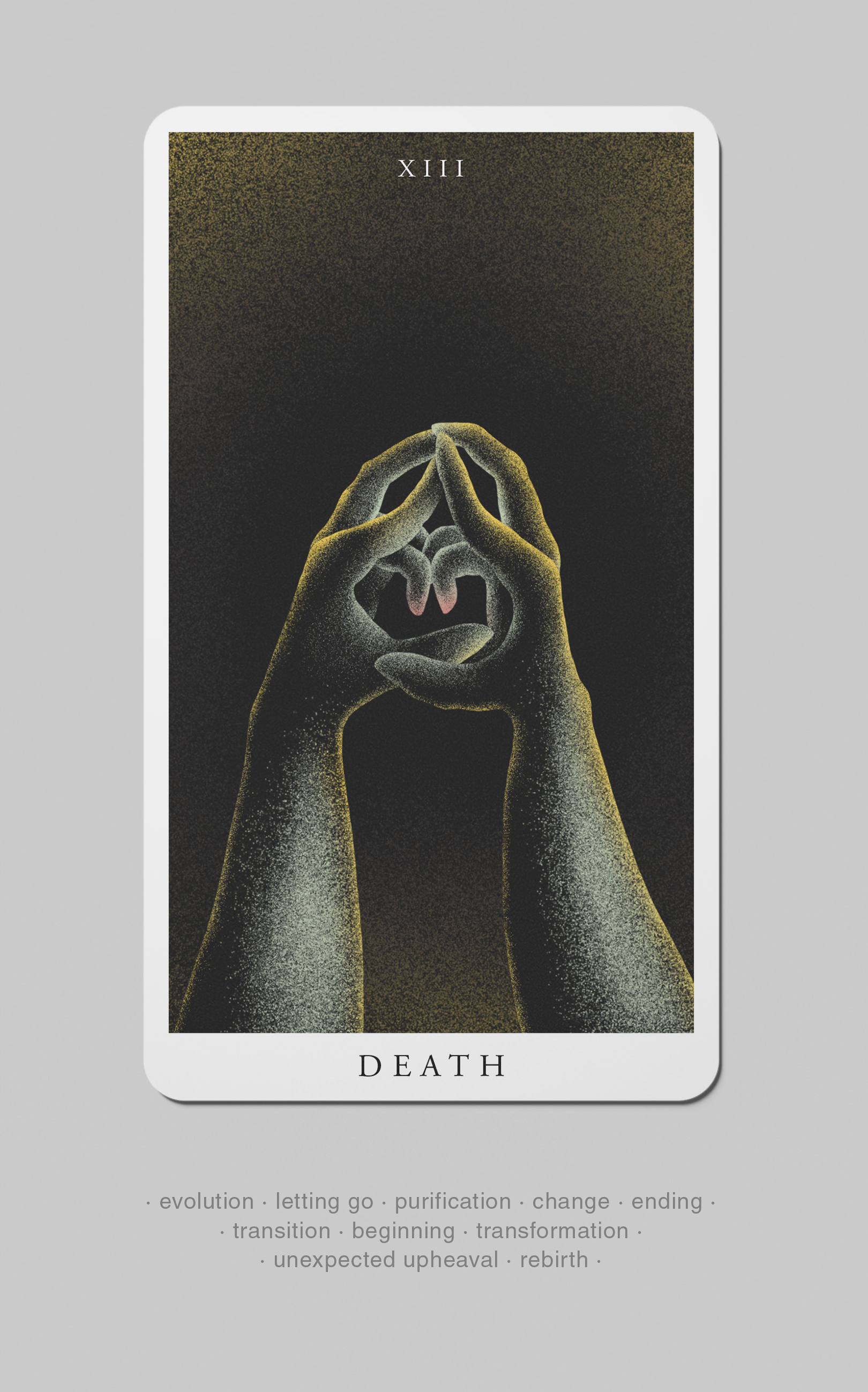 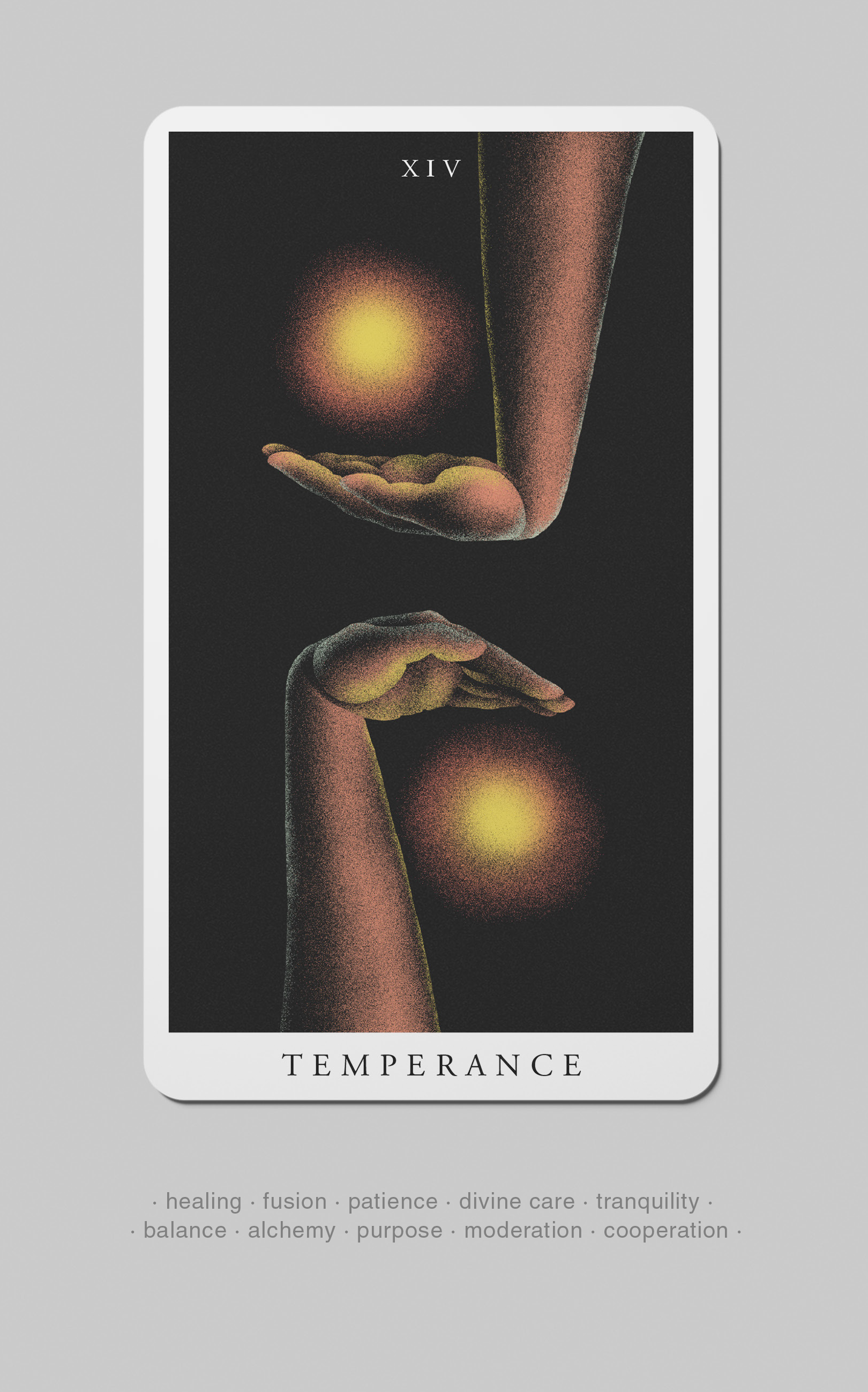 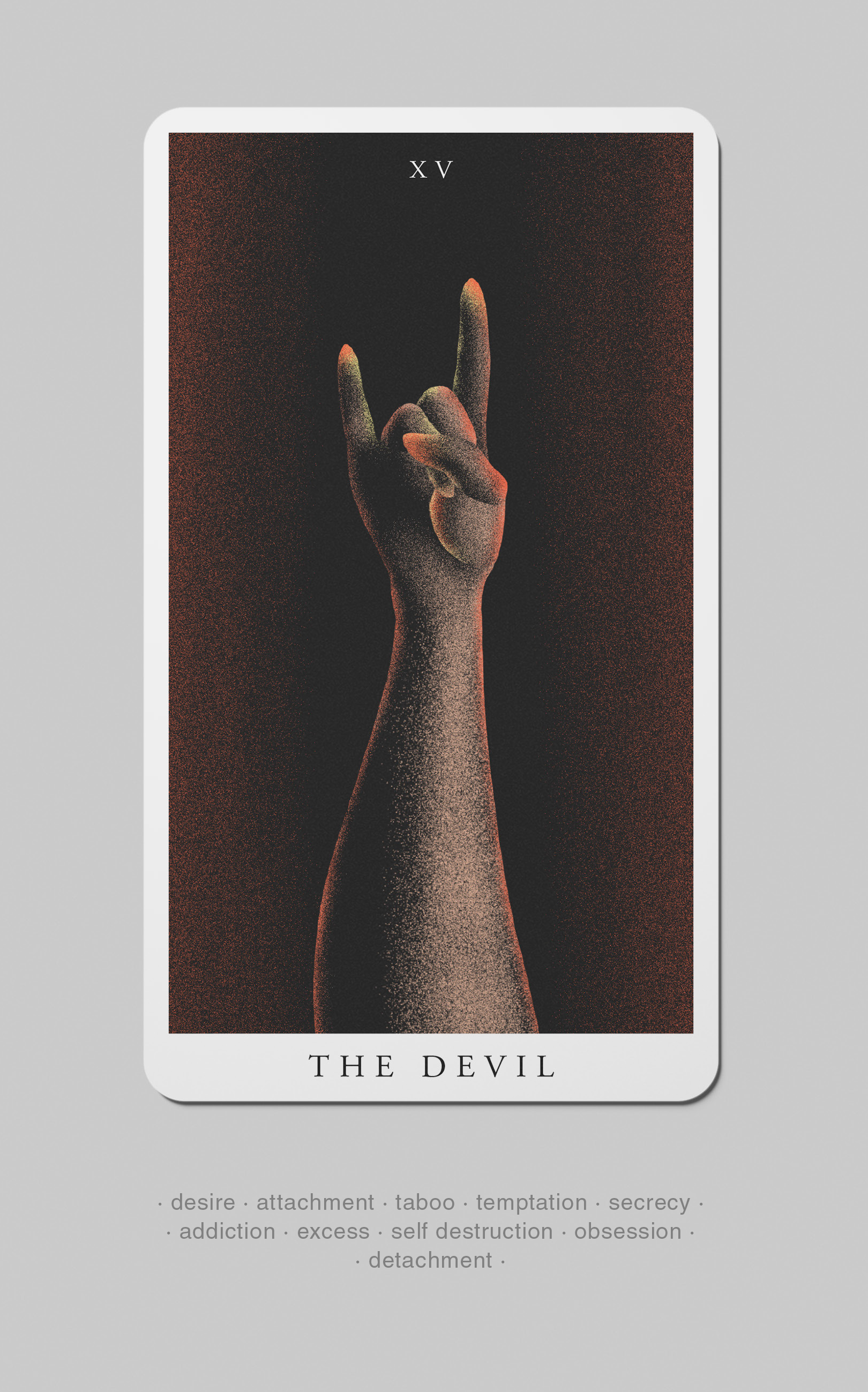 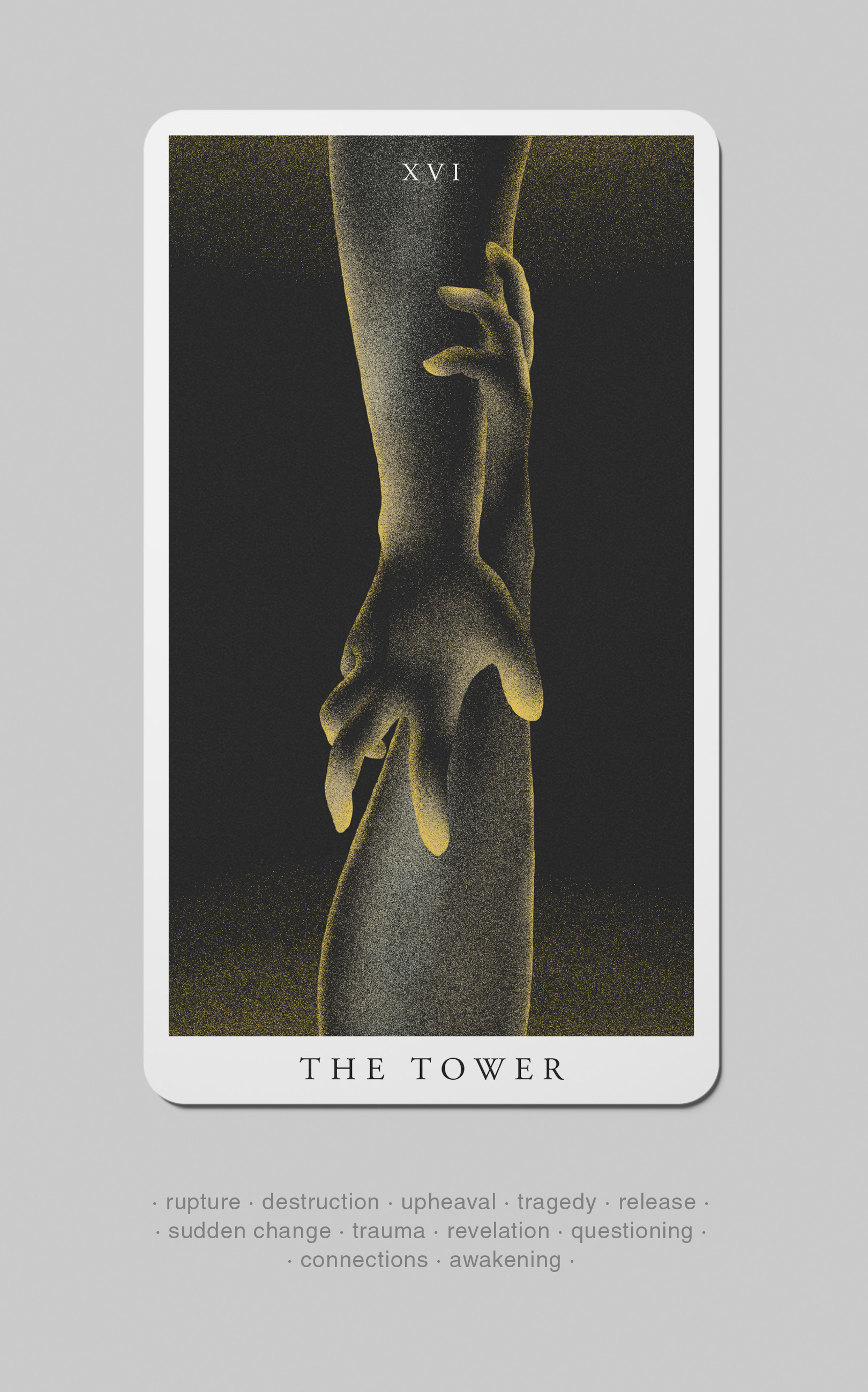 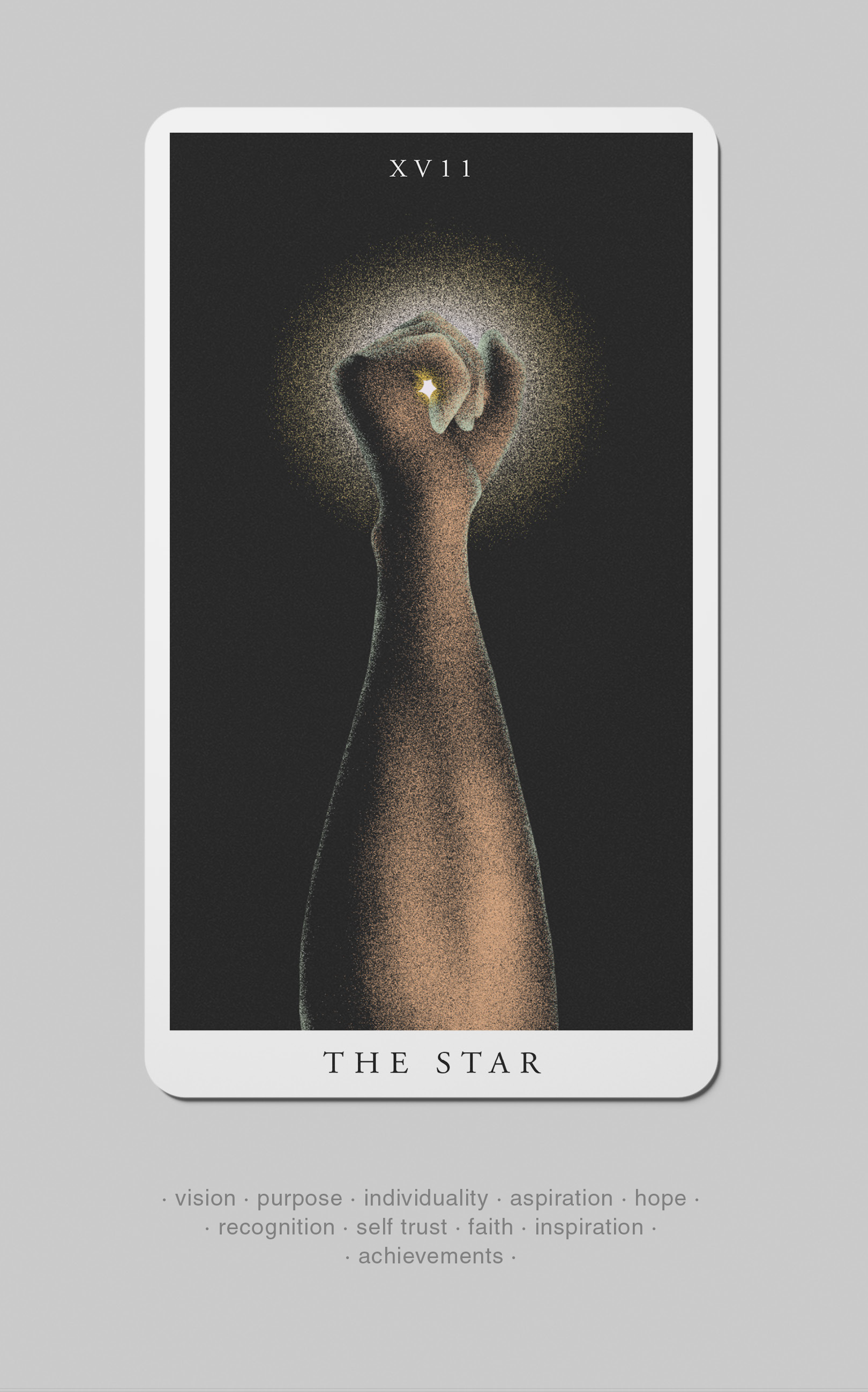 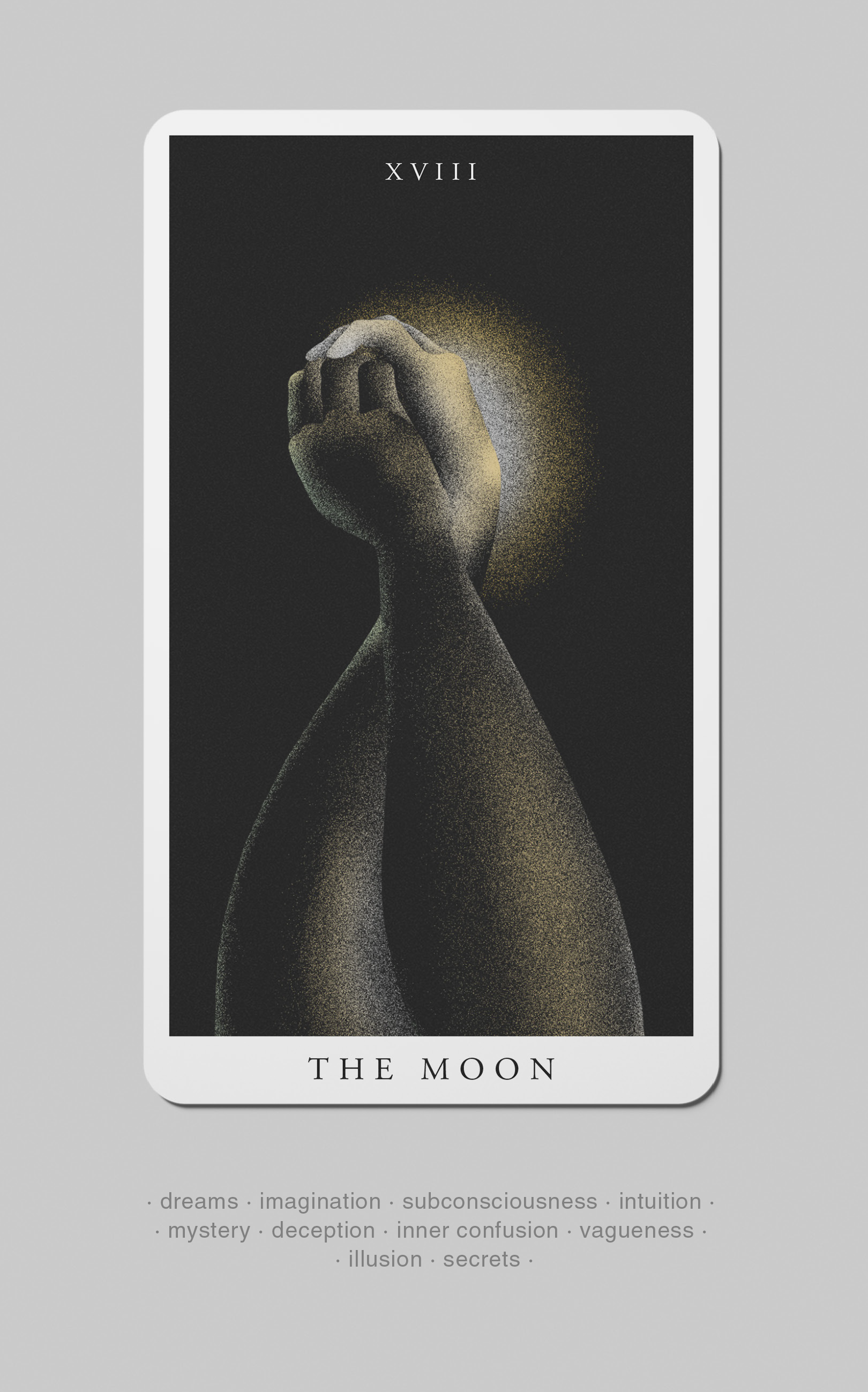 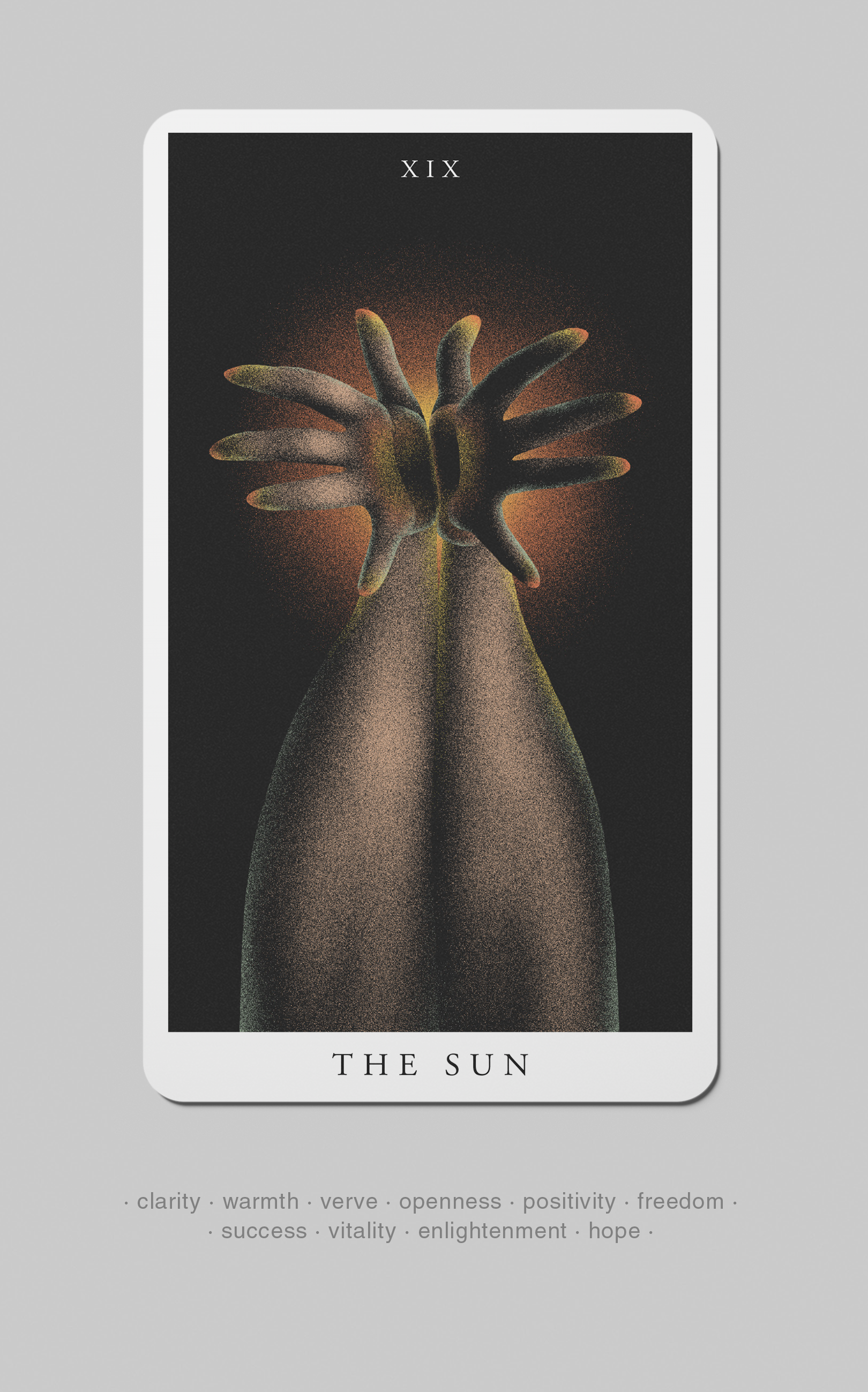 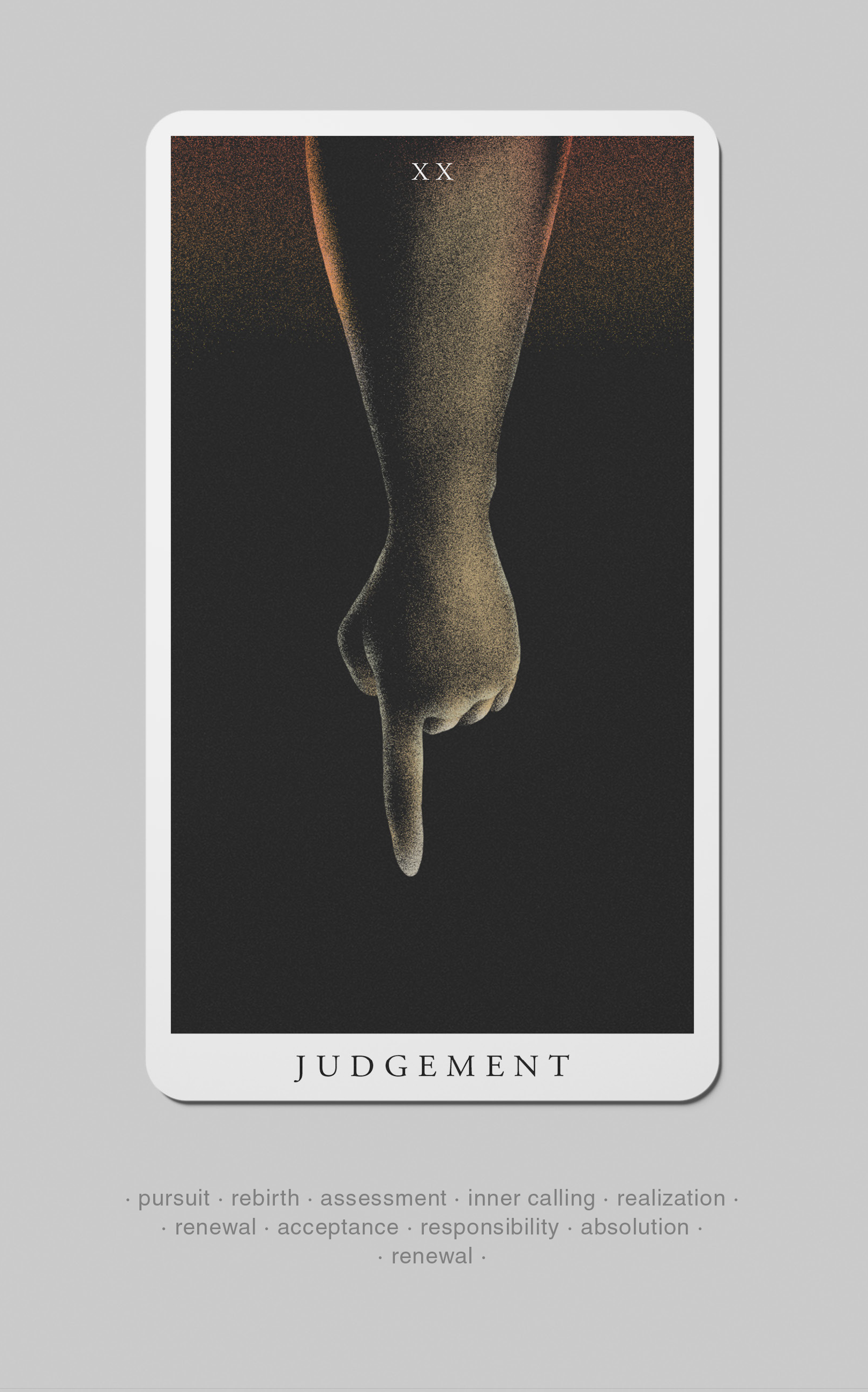 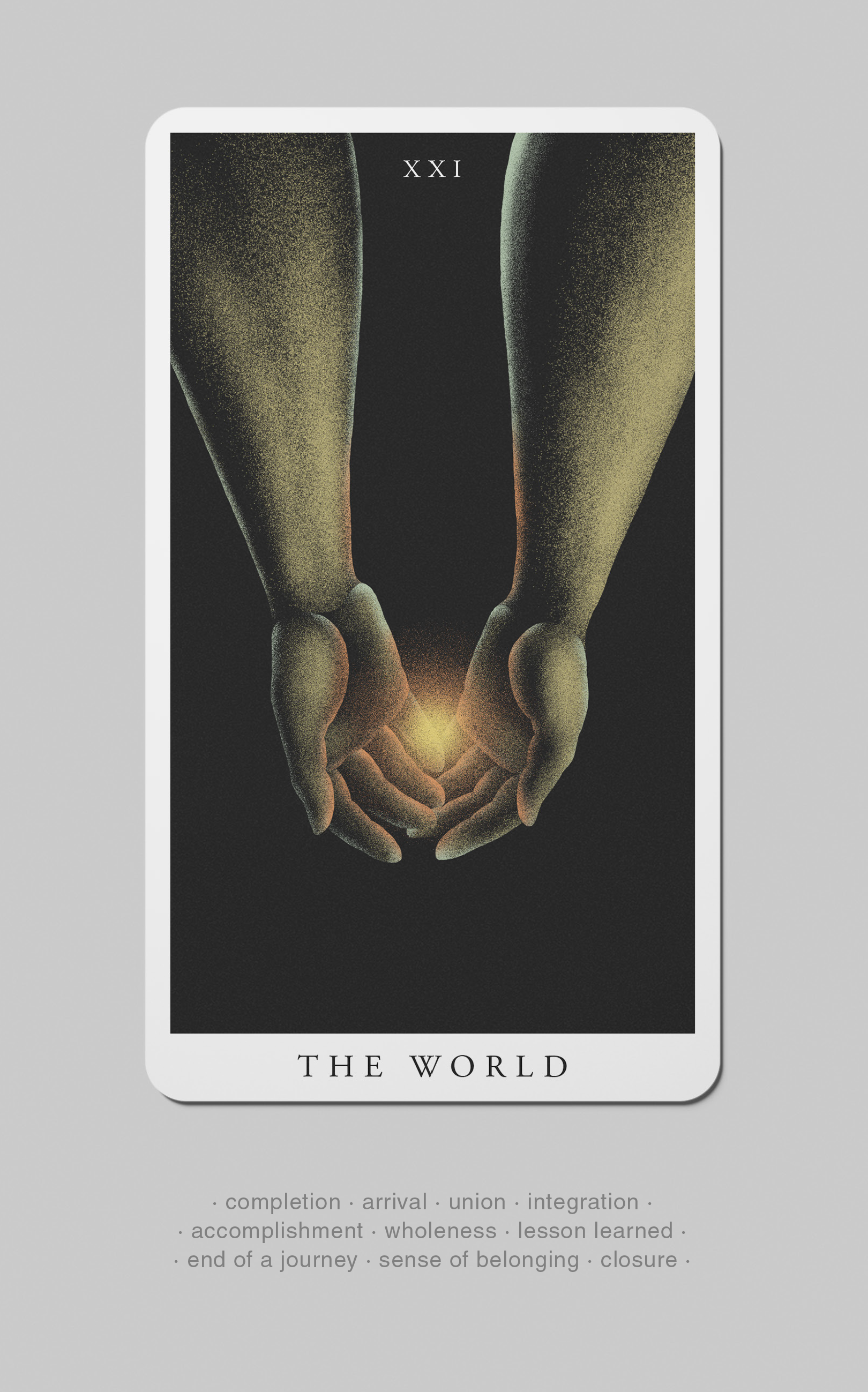 Manus Major is a tarot deck, including the 22 cards of the Major arcana. The name of the deck is in latin (Tarot cards are believed to have originated in mid 15th century Italy), and refers to the Major arcana, as well as the word hand.
The imagery of the deck consists of my hands interpreting the different meanings of each Tarot card. I chose to use hands as the imagery because I feel they represent strength and movement as well as drive and action. The hands are also a Tarot practitioner’s greatest tool, and the key element of the physical meeting between the reader and the recipient, that happens through the cards. From the tactile stocking of the deck, to the laying of the spread, and the anticipation of turning the cards one by one.
I chose to vaguely base the colour scheme on the most famous Tarot deck, The Smith-Waite deck (Pamela Colman Smith, 1909). I made this choice because that colour scheme is recognisable to the people familiar with the Tarot, while still being original and bold. The colours are a bit toned down to make room for a more free interpretation.
When it comes to the typographic elements, I wanted to take inspiration from typography relatively contemporary to the origin time of the Tarot. I chose to work with uppercase letters with high tracking for increased legibility and to give a wink to the Renaissance.
I wanted the Tarot deck to appeal to practitioners of Tarot, who are acquainted with the subject and the deeper meaning behind it. But I also wanted the deck to be able to speak to people who are new to the world of Tarot, and have them being able to appreciate it on a strictly visual plane.